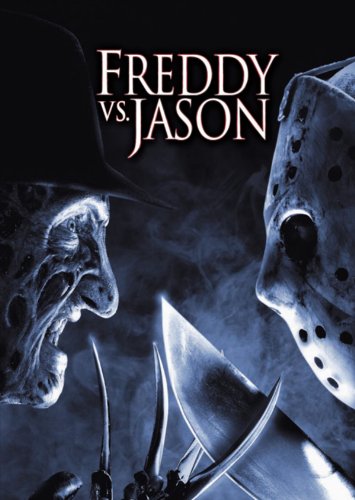 Freddy vs. Jason is a 2003 American slasher film directed by Ronny Yu and written by Damian Shannon and Mark Swift. The film, a crossover between the A Nightmare on Elm Street and Friday the 13th series, retroactively establishes them in a shared universe and pits Freddy Krueger and Jason Voorhees against each other. It is the last film in each series before their respective reboots, and the last to feature Robert Englund as Freddy Krueger. The film is the eighth in the A Nightmare on Elm Street franchise and the eleventh in the Friday the 13th franchise.

In the film, Freddy (Robert Englund) has become incapable of haunting people's dreams; the residents of Springwood, Ohio, have largely forgotten about him after his death and descent into hell. To regain his power (and freedom), he resurrects Jason (Ken Kirzinger) and manipulates him into traveling to Springwood to cause panic and fear; this sparks rumors that Freddy has returned. Although Jason arouses enough fear for Freddy to haunt the town again, he angers Freddy by depriving him of potential victims. This culminates in a climactic battle between the two supernatural killers.